Taking Care of Your Air

From HEPA filtration and ultra-violet purification, nothing is better than knowing that you and your family are enjoying the indoor air quality you deserve, especially in Florida!

When organic matter is passed through a media that contains ultraviolet light, a catalytic reaction occurs. This reaction, in essence, renders otherwise harmful or irritating organics harmless. These include pollens, certain pathogens, and, especially, mold spores. When the reaction is complete, the material becomes inert. The UV process is photochemical in nature and it works as a cleansing mechanism. It should be noted that most of the contaminants that are found in home air that are considered pollutants are virtually all carbon-base, organic compounds. When exposed to ultraviolet intensities of between 240 nm and 280 nm, they break down and become harmless to humans. It can also break down or kill DNA in many microorganisms. The effectiveness of the UV, however, depends on the amount of exposure time and the intensity of the short-wave UV light.

UV Can Be Used For Sterilization In Some Cases

In addition to cleaning air, ultraviolet light can also render sterile tools and work areas that are often found in medical and dental facilities, labs, and other places. Generally, these entities will use a commercial-level lamp that operates at 254 nm (at 86 percent efficiency) which studies have shown fall within one of two optimal germicidal ranges. The other optimal level is around 185 nm. Low-pressure UV lamps work well in the upper range as the quartz glass that is used is less opaque at the 254 nm than at 185 nm. The light produced at these wavelength levels causes changes on the DNA with the thymine molecules which are adjacent to the DNA. When enough defects are caused on the DNA of the microorganism, it cannot replicate, which, in effect, makes it harmless. Lamps that are used for sterilization are only a part of the sterilization plan at labs and other facilities; other methods are also employed to ensure full sterilization.

For home use, where full sterilization is not as critical, a UV lamp can be placed within the home air handler. The number of lamps needed will depend on the size of the HVAC unit and the size of the home's interior. Most UV lamp systems are left on to be as effective as possible, but can be turned off if the homeowner desires. 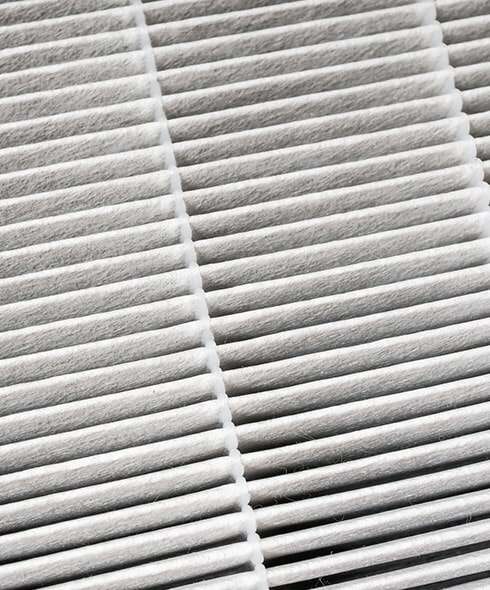 All humans can be affected by pollutants in the air. Some people have a higher tolerance level, while others may suffer at very low levels of airborne particulates and chemicals. Those who are elderly and children often suffer the most as many air pollutants found in the home can cause respiratory problems. In some cases, allergies and asthma can become real and dangerous issues.

It must be noted that even healthy adults can be affected by dirty air in the home. The level of discomfort is often determined by just how contaminated the interior air has become over time, with higher levels of dirty air causing more problems in otherwise healthy families. If contaminants reach certain levels in the air, serious health problems, especially respiratory problems, are almost certainly going to follow. The way to prevent (or resolve) a current air quality problem is to cleanse the air, which removes the dirty air, replacing it with clean, healthy air. With a constant exposure to clean air, many health problems will go away over time.

How to reduce allergy symptoms

The use of quality HEPA filters and filtration systems is the answer to this question. HEPA filtration (High-energy particulate air) is a type of filtration that is designed to meet the standards set by the United States Department of Energy. This standard is to remove 99.97% of all particles that equates to approximately .3 micrometers in size. Keep in mind that one micron is 1/25,000th of one inch. These incredibly reliable filters are used all over the world and are used in facilities such as labs and medical centers. They can be found in such places where air quality is critical as industrial clean rooms, hospital operating suites, isolation chambers, and even in space research facilities.